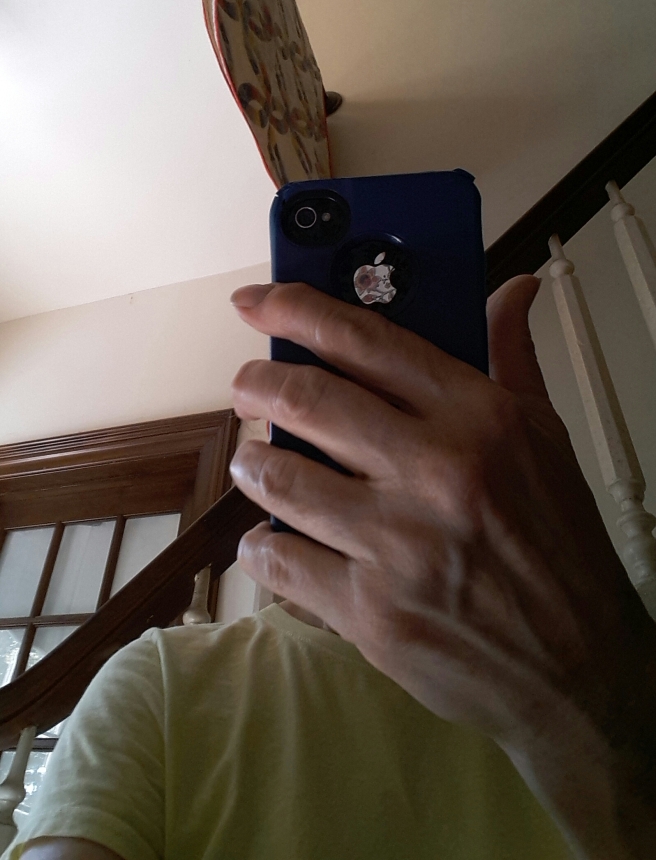 Steve Martin as Gil, the overwhelmed dad in the movie Parenthood, explodes at his offspring’s whiny “Do you have to?”, snapping, “My whole life is ‘have to.’”

Sometimes life sure feels that way. And for most people on the planet, it actually is. Life for millions is a constant struggle for survival.

But many North Americans, however swamped we may feel, actually have a lot of choices. Recently, this has become painfully clear to me.

I start every day with a list of things I want to accomplish—that I think are important. But most mornings just slip away before I get a grip on any of it. I work my way through my morning routines and the usual interruptions. Lunchtime all too often rolls around while I’m still on the mundane tasks of drying my hair or cleaning litter boxes. Then, till I finish all that, as well as lunch, it’s mid-afternoon. And I still haven’t even touched my top-priority goals for the day.

I’d begun to feel hopeless about it all. No matter how I tried, every day was the same. Day led into day, days into weeks, weeks into months and years. My whole life was being consumed by grunt work and trivia.

One day, I hung up the phone after a long call, feeling really put upon. Yet another morning gone, and nothing to show for it. Poor me. I felt like I tried and tried, but just couldn’t win. I just had too many petty responsibilities and distractions.

But suddenly, the truth smacked me. I am not the victim here.

From the moment I woke up, I’d had decisions to make. And I’d made a lot of poor ones.

Instead of getting up, I’d hit the “snooze” button. I’m often plagued with poor sleep, so I justified this by telling myself I needed more rest—that I’d be more productive later if I caught a few more winks.

Then, when I finally got up, I picked up the novel I’d been reading at bedtime…instead of turning off the light and trying to go to sleep a bit earlier. I hadn’t quite finished that chapter. Maybe reading for a bit, and drinking my coffee, would wake me up. So I sat down with the book “just for a quick minute.” Twenty minutes later, I’d finished the chapter and started another one.

After that, I finally took my shower and made the bed. I was about to start the litter boxes, but thought maybe I’d better check my email. And Facebook. And Twitter. And Instagram. I hurried, but forty minutes passed as I watched dog videos, commented on friends’ posts and checked questionable links on Snopes.

When I’d finally buckled down to work, the phone rang. Instead of letting it go to voicemail, and calling back later, I’d chosen to pick it up. And to talk for over an hour.

Now, I thought about Henry David Thoreau, who said, “As if you could kill time without injuring eternity.” It wasn’t even lunchtime, and I’d already riddled eternity with bullet holes.

Our lives are full of decisions. Not just the big ones—like whom to marry or where to go to school—but a near-constant stream of seemingly inconsequential ones. I hadn’t really stopped to realize I’d been making decisions at all, but all the “little” choices I’d made were pulling my life far off the path I really wanted.

In the Book of Deuteronomy, the Bible says God told his people, “This day I call heaven and earth as witnesses against you that I have set before you life and death, blessings and curses. Now choose life, so that you and your children may live….” This verse popped into mind, and I shoved it aside. But it just crept back into my head again.

Every choice has consequences. Every choice I’d made all morning had in it the seeds of something larger. Blessings or curses.

It’s not a big deal if I hit the snooze button occasionally. Or decide once in a while to finish those few pages of the book I’ve been reading. But when those choices compound—and when they become habitual—I’ve written myself a prescription for failure.

I don’t expect to overturn a lifetime of bad habits overnight. But recognizing what I’ve been doing is a start, anyway. I’ll never again fall into those patterns without recognizing I do have a choice. More often, I hope, I’ll choose the blessings, and not curse myself with another wasted day.

This site uses Akismet to reduce spam. Learn how your comment data is processed.

Follow susankimmelwright.com on WordPress.com
MABEL GETS THE AX Book LaunchOctober 1, 2021
6 months to go.

I spent hours on the couch yesterday, between a hurt foot, fatigue from the vaccine, and a big project involving scanning through thousands of images on my laptop (no--not Instagram! 😂). Louie thought it was a perfect day, and he's hopeful I'll be joining him again shortly for online church. #sundaymorning #balouie #couchpotato #bestfriend #faithful #mybuddy #dog #dogsofinstagram #chihuahuamix #terriermix #mixedbreed #muttsofinstagram #rescuedog #writingwithdogs #rest #restore #thankful #godbless
My annual shipment of teaberry ice cream arrived yesterday. It's definitely a splurge, but the fleeting foretaste of spring is a powerful sensory memory of my childhood. Alas, artificial flavor these days, but boys used to harvest the tiny berries from the woods and sell them to our local creamery. Nice to find this waiting on our porch after my COVID shot. @pennstatecreamery #teaberry #icecream #teaberryicecream #tasteofchildhood #seasonal #teaberrydelight
Cooling my heels for the mandatory 15 minutes after my first dose of COVID vaccine. After quarantining for about a year, this feels miraculous. #getyourjab #covidvaccine #pfizervax #firstshot #firstdosedone💉✔️ #notthrowingawaymyshot #myshot #praisegod
Sunlight in the trees on our walk to the creek yesterday. Come on, spring! #trees #bluesky #sunlight #sunshine #sunnyday #spring #march #happy #walk #walkinthewoods
Grandfather oak lit by sunset on my evening walk. #tree #treesofinstagram #treephotography #oak #baretree #grandfathertree #sunset #purplesky #walk #oldtree
March came in like a lamb, but by mid-afternoon, the lion came and ate it! The temps dropped with wild winds and a haze among the trees. The haze became snowflakes, which came down in a mad whirl and covered everything. This morning the sun came out to sparkle on the frost and patches of snow. The daffodils remain undiscouraged... #spring #march #inlikealamb #changeable #newday #daffodils #springflowers #steadfast
Loading Comments...
Comment
×
%d bloggers like this: